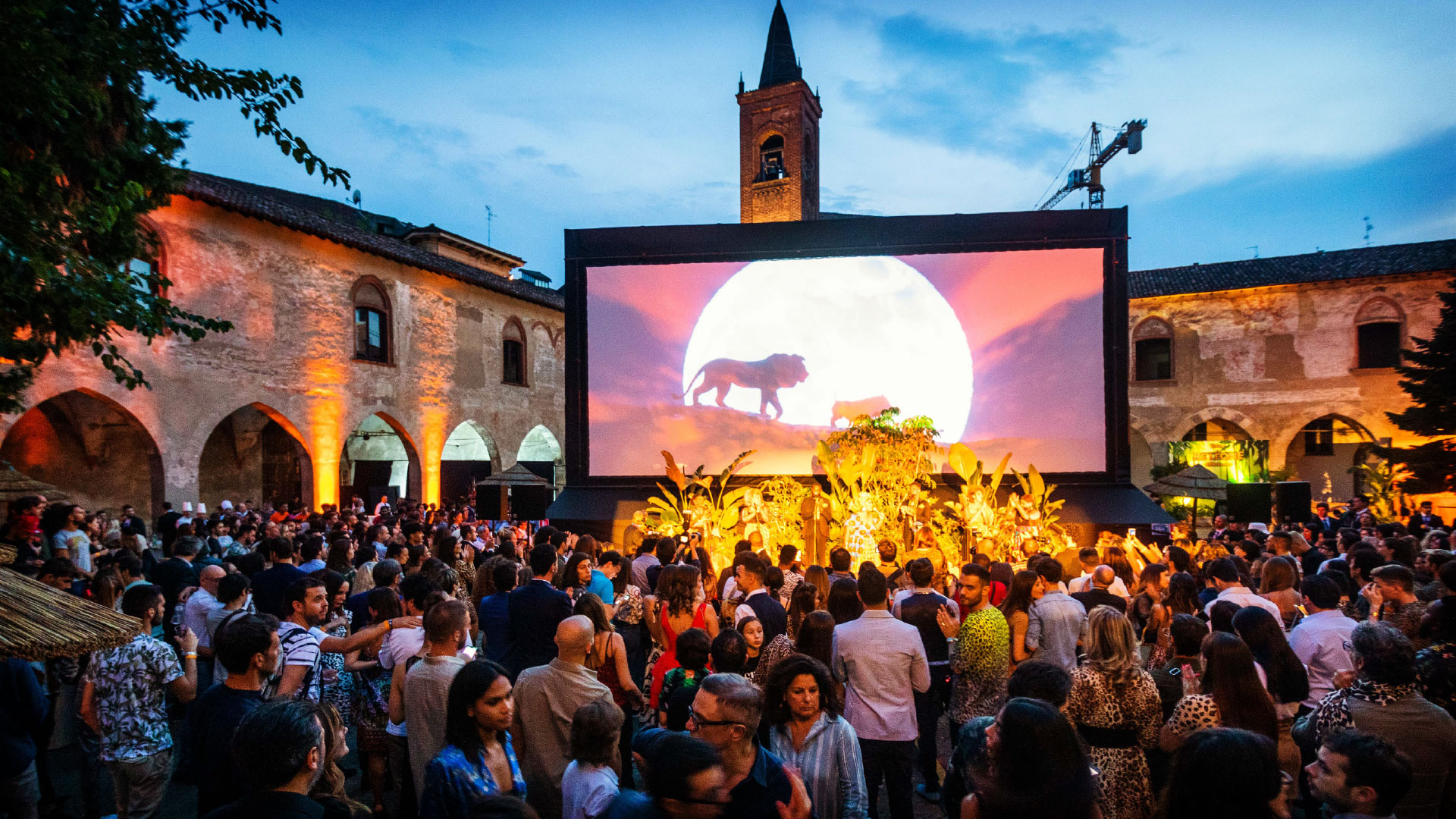 The American production company Disney launches “The Lion King” live-action movie, a remake of the namesake animated movie from 1994.

Organize a newsworthy VIP screening experience, with high strategic value, in order to build anticipation leading to the marketing campaign for the movie release in Italian cinemas within a month from the event.

Inside the historical setting of the “Chiostro dell’ Incoronata” (Anteo Cinema), Aspen brought to life an impressive “urban savannah” which evoked the magic of the movie, by recreating the same atmospheres through sounds, colors, and scents.

A special menu inspired by the evening’s theme was created specifically for the opening cocktail event, which called for a wildlife dress code. Different experiences engaged the guests along an immersive path that led to the show. American singer Cheryl Porter, patroness of the event and voice of the song “The circle of life”, performed the movie soundtrack alongside the Harlem Gospel. The production team also included Jonathan Kashanian who was commissioned to style several influencers attending the event.